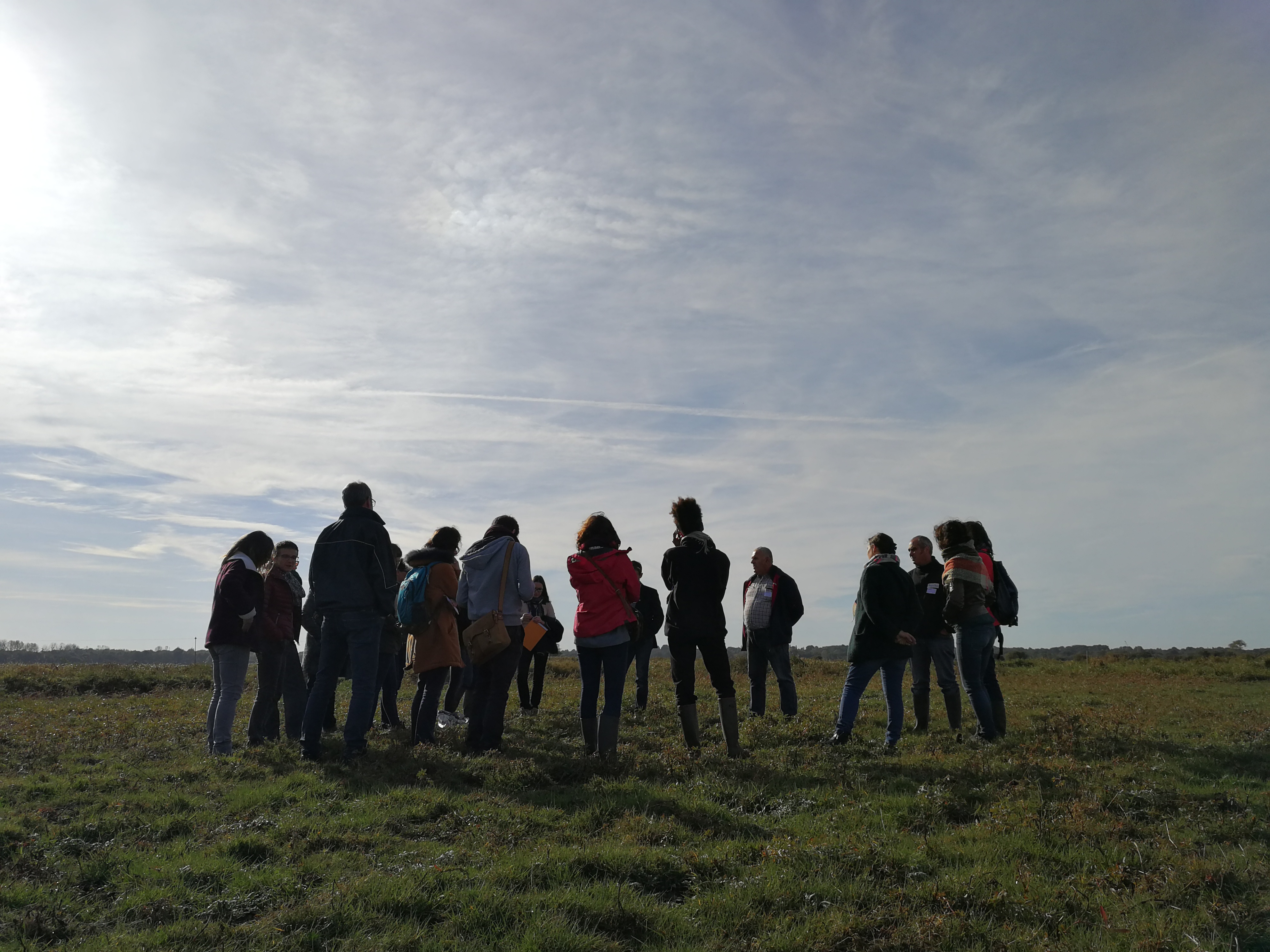 An event devoted to agricultural projects in wetlands was organized by APCA on 23rd October in Saint-Mars-de-Coutais, Pays de la Loire, France. This was an occasion for invited speakers to present local and regional initiatives favoring agriculture in wetlands. AC3A was invited to present the Carbon Connects project where the objective is to promote alternative agriculture in wetlands in order to stock carbon through increasing ground water levels, introducing new types of crops (e.g. cattail, reed), as well as capturing carbon in bio-based products such as construction materials and biomass. Around sixty participants have attended the event, which was organized via the thematic group on agriculture in wetlands facilitated by APCA in order to share positive experiences on the subject. The wetland of Grand-Lieu is one of nine wetlands involved in the Carbon Connects project. Wetlands can store double the amount of carbon as compared to forests, thus Grand-Lieu will contribute to determine the ways to use them which will be the most adapted to maximize the amount of carbon stored by them.

AC3A is an association working in international cooperation and focussing on innovative projects for agriculture. Find all the news of the network on this website. Detailed information on AC3A and its projects on the website: www.ac3a.fr